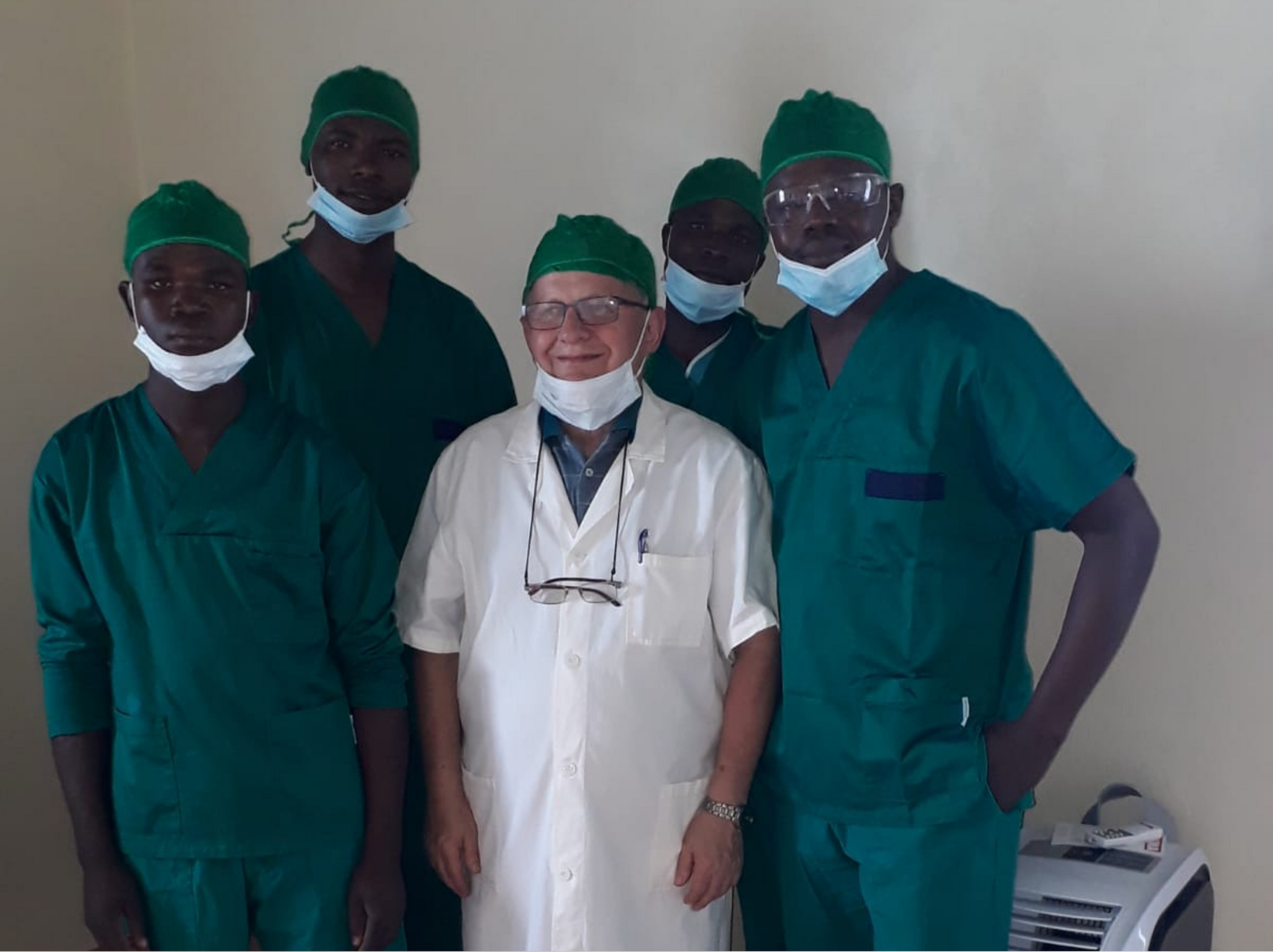 We publish a letter written by Father Tiziano Pozzi, doctor and missionary, director of the Niem Dispensary (Central African Republic) in which he traces the stages of the realization of the operating block at the Health Center.
With words full of emotion, he wishes to thank all those who have helped in the completion of the work and who supported the project.
The “Londo mo tambula” project (which in sango means “Get up and walk”) was later renamed “Isa Project“, in memory of Father Pozzi’s sister, who died prematurely.

“For ten days here in Niem, The works for the construction of a surgical unit began.
This project is becoming a real necessity for the many sick people who come from all sides; in fact, after the political crisis, they also started coming from Cameroon.
I know, it’s a demanding project and the difficulties in its realization will not fail.
Here, I would like that all of you you to participate in this project, especially in memory of my dear sister Isa.
At first I thought I would ask to you for help to buy some equipment, but I think it’s not enough and I think that that my sister, from Heaven, would not be happy. Yes, because all the equipment, all the machinery sooner or later fail or become unsuitable and they need to be changed. They don’t last forever.
For all of you, it takes something more, something special that can last forever like our friendship and the friendship taht all of you had for Isa.
I would like that you participate in the construction of the foundations of this structure: stones, concrete, iron.ù
They are materials that remain forever.
It would be as if you were here to carry out this project with your hands, with your smile.
Yes, Isa would immediately approve.
It would truly be a “house built on the rock” that not even the great tropical storms of this period could ruin”.

Since last June 20 this dream has finally become a reality!
Five years of work that may seem like an infinite time; the difficulties encountered have been many
Just think that our region has been living in a state of insecurity and precariousness since 2013 and since September 2017 it has been under the control of a group of rebels.
The Central African state has completely withdrawn; you can understand well that in these conditions also getting the material and equipment wasn’t easy.
I must confess that I had a few moments of discouragement, however, in my heart there has always been an unshakable certainty: when you do something without seeking your own advantage for those who need it, for those who suffer the Divine Providence never abandons us.

Here I am to say to all of you: THANK YOU!
I can’t name you one by one. It would take the phone book used 30 years ago!
But allow me to thank some people.
First of all, Mr. Giovanni Fossati who participated in this adventure from the beginning: from design, to the choice of materials and above all to its concrete realization.
Construction of the building, construction of electrical, sanitation … a work followed and performed with such passion and attention even in the smallest details.
Without his “I’m on board” the projet would never have started.
Then father Piero Trameri, our Missionary Center Responsible and Giovanni Parolari who collaborates with us in the AMICI Betharram Onlus association office.
Of course I can’t forget my beloved cousin Ornella: there are a thousand initiatives that she has put in place for this project.
Now from Heaven she will be smiling and even a little muttering, I’m sure.
And then Paolo, Ivano, Daniele, Fabrizio, Manuel and “grandfather” Ugo who came when he was 82!
Sorry again if I don’t name all of you.

Now a new equally demanding phase begins.
To make the surgical unit work, I still need your support and your generosity.
Two young surgeons currently work there: Julien and Benjamin.
The second comes directly from our village schools and has become a surgeon!
He too has come a “long way”, always thanks to all of you.
In addition, there is auxiliary staff.
Surely now the surgical unit project, born five years ago, now enters its second phase: that of its maintenance with the support of staff.

I know very well that because of the Coronavirus emergency, the general situation has become complicated and there is some additional economic uncertainty; also in our beautiful country there are many people to help.
I’m sure, however, that you will not forget me, our mission, our people who can only reciprocate with infinite thanks.

Now, while I’m writing to you, your faces, your names, many moments lived together (and many still to be lived), are passing in front of me, memories that time will never erase.
I stop here because my eyes start to “get wet”.
I only say THANK YOU for the good that all of you want me.
Every day I thank the Lord for all this.

An immense hug and a prayer for you and your loved ones.